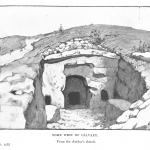 The following public domain book is now available for free download in PDF:

Col. Claude R. Conder, a British Soldier seconded to the Palestine Exploration Fund (1875-78, 1881-82) writes about the history of of Jerusalem calling on his own experiences exploring the city.

The City of Jerusalem

I first set eyes on Jerusalem one summer morning in 1872. The view – a mile away – of the long grey wall, the cypress trees of the Armenian garden, and the single minaret at the west gate, was not then obstructed by the row of Jewish cottages since built. The population was only about a third of what it now is. The railway station was not thought of, and only a few villas outside the gate existed, while the suburbs to north and south had not grown up, and Olivet was not covered with modern buildings. I passed two winters (1873-5) in the city, the second in a house in the Jews’ quarter, and later on (1881-2) a third winter at the hotel; and during these visits my time was mainly occupied in wandering among the less-known corners of the town. It was a period very favourable for exploration. The survey by Sir Charles Wilson, the researches of de Vogue, and the wonderful excavations of Sir Charles Warren, were then recent. The German Emperor, William I., had just ordered the clearing out of the eastern half of the great square of St. John’s Hospital, having been given by the Sultan the site of Charlemagne’s hospice beside the Church of St Mary Latin. In 1874 Mr. Henry Maudeslay was exploring the ancient scarps at the south-west corner of the Hebrew city; and, by the Sultan’s order, the Dome of the Rock-deconsecrated for a time-was being repaired, while other excavations were in progress outside the city on the north. I was thus able to walk in my socks all over the surface of the sacred Sakhrah “rock,” and to ascend the scaffolding to the dome above, in order to examine the ancient mosaics of our seventh century, as well as those on the outside, where the old arcaded battlement of the ninth century was just laid bare. I penetrated, by the old rock-cut aqueduct at the north-west corner of the Haram, to the Herodian wall, and discovered the buttresses of the Temple rampart still standing, and just like those at Hebron. In the Jews’ quarter I found the old hospice of the Teutonic Order, and the chapel of the Holy Ghost….

The Palestine Exploration Quarterly provides a unique record of the early days of archaeology in the Holy land from 1869 onwards. As it is published in the United Kingdom it is covered by the ‘standard life of author + 70 years’ copyright. This means that much of the early material is now in the public…

It is often argued that the biblical account of Joshua’s conquest of Jericho and Ai is nothing more than historical fiction. So it is very refreshing to come across a cogent argument for its historicity as John M. Monson does in his controbution to Do Historical Matters Matter to Faith, edited by James K. Hoffmeier… 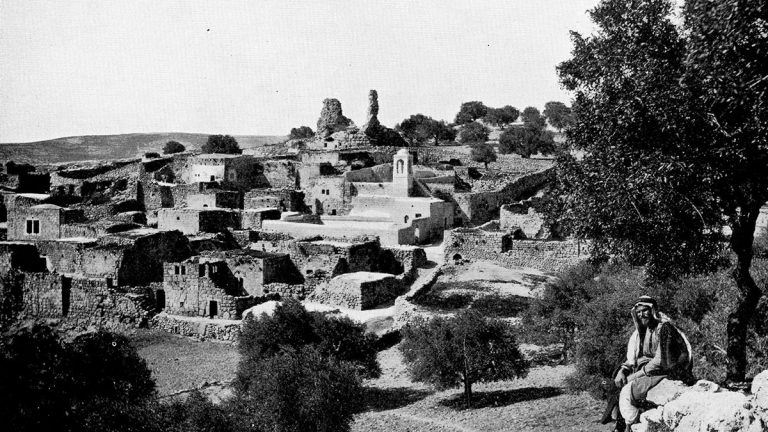 Today’s free book is a collection of photographs of Palestine with descriptions and explanations which was published by the Palestine and Bible Lands Exhibition. My thanks to Book Aid for making a copy of this public domain title available for digitisation. Samuel William Gentle-Cackett [1871-1943], Palestine Portrayed. Camera Pictures Reproduced with Descriptions and Explanations. London:…

Prologue Hammurabi Code Louvre AO10237 [Public Domain photo source: Wikipedia] I am pleased to announce that the following book is now online: C.H.W. Johns [1857-1920], The Relations between the Laws of Babylonia and the Laws of the Hebrew Peoples. The Schweich Lectures 1912. London: Oxford University Press, 1914. Hbk. pp.96. [This material is in the…