This book is in the Public Domain.

Return to Mosul - lsmail Pasha - Change in the state of the country - Return to Nimroud  -  The ruins in spring - Excavations resumed - Furtlter discoveries - New interruptions - Sheikh Abd-ur-rahman and the Abou-Salman Arabs - Fresh bas-reliefs in the north-west corner - Discovery of the principal palace - Entire bas-reliefs - Discovery of the colossal lions - Surprise of the Arabs - Sensation at Mosul, and conduct of the Pasha and Cadi - Excavations stopped -  Further discoveries  -  Description of the human headed lions - Reflections on their antiquity and object - The Jebour Arabs - Their Sheikhs - Nimroud in March - Description of the plain at sunset - The tunnel of Negoub - An Assyrian inscription

Preparation for a journey to Al Hather -  Gathering of the caravan - Leave Mosul - The desert - Flocks of camels - The Haddedeen Arabs - An Arab repast - An encampment - An Arab tribe moving - The tents of Sofuk - Description of the Shammar Sheikh - His history - Sofuk's harem and wives - His mare - Ride to Al Hather - Arab guides - The ruins of Al Hather - Return to Mosul - Murder of Nejris, and of Sofuk

Discovery of small objects - Pavement of the chambers - An Arab feast - Arrival of Tahyar Pasha - Excavations continued - The summer at Nimroud - A whirlwind - Further discoveries of bas-re!iefs - Description of the sculptures - Painted plaster - Receipt of vizzirial letter  - Excavations at Kouyunjik - Fresh discoveries at Nimroud - Surprise of the Arabs - First collection of sculptures sent to England - Visit from Tahyar Pasha - Speculations of the Turks on the sculptures - Remove to Mosul - Discovery of a building in a mound near Kouyunjik - New chambers opened at Nimroud

Invitation to the feast of the Yezidis - Daparture from Mosul - Baadri - Hussein Bey, the Yezidi chief - The birth of his son - History of the Yezidis - Ride to the tomb of Sheikh Adi - Sheikh Nasr - Description of the tomb - Arrival of Pilgrims - An incident - Sheikh Shems, or the Sun - Votive lamps - Celebration of rites - Yezidi music - The doctrines and religious observances of the sect - The Evil principle -  The probable origin of their rites - Their orders of priesthood - Their language and books - Return to Mosul - Departure for the Sinjar - Abou Mlaria - Tel Afer - Mirkan - Escape of the Yezidis - The village of Sinjar - Wild asses

Excavations undertaken by the British Miuseum - Choice of workmen - .Dwelling-houses built at Nimroud - Discovery of bas-reliefs - Of armour and helmets - Of vases - Of new chambers - Of the obelisk  -  Discoveries in the south-west corner of the Nimroud  - Winged lions -  Crouching sphinxes - Discovery of tombs in the south-east corner of the mound - Arab workmen - Mode of irrigation - Customs of the Arabs - Facility of divorce -  Arab women - The Tiyari or Chaldaeans - A raft plundered - Seizure of an Arab Sheikh - Departure of sculptures for Busrah

Excavations at Kalah Sherghat - Drparture for the ruins - The bitumen Pits - Abd'rubbou - My reception - Discovery' of a sitting figure - :Arab encampment - Arab life - Excavations in the mound - Discovery of tombs - Return to Nimroud

Departure for Nimroud - Excavations at Kouyunjik - Discovery of a palace - Bas-reliefs - General description of the sculptures - Excavations carried on by Mr. Ross - His discoveries - A sculptured slab and sarcophagus - Preparations for my return to Constantinople - Leave Mosul

Assyrian Warriors in Chariot, from a a Bas-relief discovered at Nimroud [p.27]

Discovery of the Gigantic Head [p.49]

An Entrance to the Great Hall of the North-west Palace [p.52]

The Canal of Negoub and Map of Country around Nimroud [p.58]

Bronze Lion / Egyptian weighing Rings of Metal with Weights in the fomr of a seated Lion [p.90]

Sacred Emblems suspended round the neck of the King (N.W. Palace, Nimroud) [p.98]

Ornament on the Robe of Winged Figures [p.101]

Summer Sleeping-place in the Hills [p.114]

A Nestorian House in the District of Tiyari [p.131]

A Wicker Bridge across the Zab near Lizan [p.143]

Assyrian Deity. On a Rock Tablet at Malthaiyah [p.169]

Glass and Allabaster Vases bearing the name of Sargon (from Nimroud) [p.242]

The Obelisk in Black Marble, discovered at Nimroud [p.244]

Bactrian or Two-humped Camels / The Bull, the Rhinoceros, and an Antelope (Obelisk, Nimroud) [p.246]

Nestorian and Arab Workman, with Jar discovered at Nimroud [p.253]

Pottery found in the Tombs above the ruins at Nimroud [p.275]

Warriors before a besieged City. A Battering-ram up to the Walls, and Captives impaled (Centre Palace, Nimroud) [p.279]

Walled City standing on a river, or on the Sea (Centre Palace, Nimroud) [p.282]

Part of Bas-relief, showing a Pulley, and a Warrior cutting a Bucket from a Rope [p.285]

Procession of the Bull beneath the Mound at Nimroud [p.319]

Coin probably of a City on the Syrian Coast during the Persian occupation / A Galley (Kouyunjik) [p.352]

A Castle of a Martime People probably the Tyrians (Kouyunjik) [p.355]

Scribes writing down the Number of the Slain (Kouyunjik) [p.357]

A City taken by Assault and the Inhabitants led away captive (Kouyunjik) [p.360]

Warriors forming a Phalanx before the Walls of a besieged City (Kouyunjik) [p.361]

Enemies of the Assyrians discharging their Arrows behind them / Head-dress of a Riding Horse (Kouyunjik) [p.363] 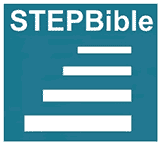 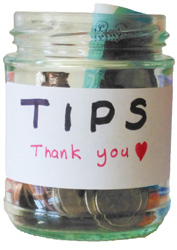 Click here to...
This site and its resources are free to anyone who wants to use it, but it does cost money to run. If you have found it useful and would like to help keep it going please consider popping something in the tip jar. Thank you!