This is the second of Air Commodore Wiseman’s books that entered the public domain this year. My thanks to Book Aid for providing a copy for digitisation.

This book is the outcome of studies in archaeology and Genesis, while working in the land of Genesis – Babylonia. The investigation of the literary problems of the book in its ancient environment, and in the light of the mass of new facts regarding ancient literary methods, throws an entirely new light on the problem of its authorship.

My aim is to state as simply as possible the evidence which the Book of Genesis has to give concerning its own origin and composition. To many it will appear surprising that Genesis has anything whatever to say for itself regarding the method by which it was originally written, for scholars have discussed this very question for the last two centuries, without even suggesting that it contains the slightest direct statement concerning its own authorship…

The following article is now on-line in PDF: W.J. Dumbrell, “Role of Bethel in the Biblical narratives from Jacob to Jeroboam I,” Australian Journal of Biblical Archaeology 2.3 (1974-75): 65-76. Click here to read. 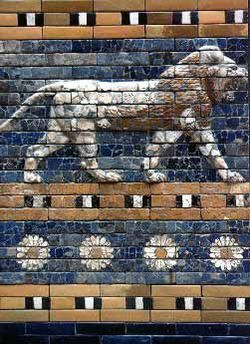 Archibald H. Sayce’s “Fresh Light From the Ancient Monuments” [5th ed.] is now available in PDF for free download. This book is in the public domain.